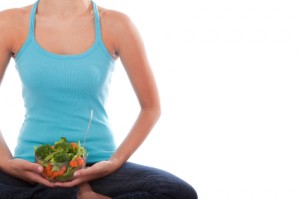 Isvari Verre, Atlanta Anusara teacher extraordinaire and fellow blogger writes a column on her website called “Ask the Yogologist.” For this column, readers send in questions about things in their yoga practice that they are conflicted about. Isvari replies with some spiritual wisdom.

One of these has had some serious impact on me; it’s called “Roach Killer.” The reader pondered about her ability and willingness to kill roaches, thinking that it doesn’t matter so much because there are so many of them that one is nothing to fret about. But she still implied some conflict, that she continued to “kill”, in spite of a practicing yoga. It shows some sort of spiritual alignment when you can recognize that a life is a life, even when it’s a roach, right?

When I first started yoga, it was an entirely physical practice. (Aside: No shame in that, people.) Gradually certain “yogic” things started slipping in. Like how I was just generally eating better.  Not that I ate badly before, but knowing I had to go to a power yoga class certainly kept me away from hamburgers at lunch. And after yoga? I wouldn’t want to tarnish all of my good work with a fatty, unhealthy meal.

I also gradually started to noticed that I was kinder to people. Not that I was mean, but I was more empathetic, accepting and willing to forgive than I had been before.

Three years into my practice, I am now meshing these two ideas in a way that shows some sort of growth, but that is quite uncomfortable. I’m thinking like a vegetarian. I, like “Roach Killer”, am still killing these animals, but I’m feeling conflicted as to if its right. I now have empathy for the “factory animals” who live such horrendous lives cooped up in wildly unnatural and arguably abusive circumstances. Not only that, but that America’s animal meat is the lowest quality in the Western world, due to us feeding them foods to fatten them (like corn and animal by-products) instead of evolutionary diets.

Yoga makes me think about whether eating meat and killing roaches align with my yogic growth.

I’m certainly not saying that everyone needs to be a vegetarian, or that there aren’t healthy merits to eating meat, but I am wondering if it’s right for me. So as for now, I’ve cut back quite a bit. But if my grandmother makes me her delicious, homey, traditional beef burgundy, I don’t know how I’ll say no–or even if I want to.

What do you think??

One Response to “Yoga, Vegetarianism and Killing Roaches”