“The secret of change is to focus all of your energy not on fighting the old, but on building the new.”

– Dan Millman: The Way of the Peaceful Warrior

The issue of quality in yoga teacher training programs and credentialing has long been a topic of discussion and debate in the yoga community. The issue was spotlighted most recently by the well-written and widely-shared “How Yoga Alliance Is Ruining Yoga” by James Brown.  I have often felt the same way that Brown does about the decline in the quality of yoga classes in recent years. However, after reading it, my thoughts reflected back at me in his post, my perspective began to change.

I would like to convey the following ideas in response to Brown:

*The yoga community would benefit from higher standards of credentialing by Yoga Alliance.

*The practice of yoga has been changing for thousands of years and will continue to change.

*No one yogi or group of yogis is the “keeper of the flame.”

*The important goal of injury prevention should be understood and put in perspective, not used to cultivate fear and devalue the work of other yoga teachers.

*We can trust the process of the yoga journey. 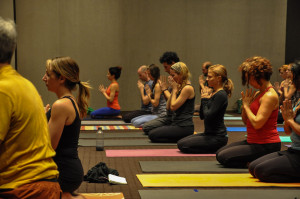 The yoga community would benefit from higher standards of credentialing by Yoga Alliance.

As I read Brown’s post, I noticed how his comments mirrored the same ones I’d made and thoughts I’d had for years about the expansion of yoga in the West: that the practice and teaching of yoga has been increasingly watered-down as poorly-trained and inexperienced teachers who have been given a pass from Yoga Alliance in turn develop their own teacher training programs that produce even more poorly-trained and less experienced teachers. Yoga Alliance needs more rigorous standards both for teachers and the programs that train them. Almost all yoga teachers no matter what their style of practice or how many years of experience they have, can benefit from more training in yoga alignment, anatomy, philosophy, and teaching. We need comprehensive and ongoing training and education so that we continue to evolve as teachers, practitioners, and yogis.

The practice of yoga has been changing for thousands of years and will continue to change.

Brown’s definition of yoga, which is similar to that of most American yogis, already reflects its dramatic transformation. From its earliest beginnings nearly 5,000 years ago, yoga has evolved to meet the needs and desires of its practitioners. The esoteric practices outlined in the Hatha Yoga Pradipika reflected the desires of yogis during the medieval era: liberation from the material world and union of the atman with brahman. Although the Pradipika is a recent text relative to the 5,000-year history of yoga, most of its practices would be un-recognizable to the majority of American practitioners.

Yoga in its original form didn’t include a focus on injury-prevention. Ancient yogis would’ve viewed a focus on injury-prevention to be a sign of attachment to the physical body. Yoga was practiced to break free of the kleshas and achieve the divine body by renunciate yogis who lived without the everyday responsibilities associated with work, friends, and family. As documented in the film Naked in Ashes, there are still renunciate yogis today who practice for these reasons exclusively without concern for injury.

Over time, yoga practice spread into the householder world and yogis who followed a dual path emerged.  While these yogis sought spiritual liberation, they also needed to balance their practices so that they remained fully functional in secular society. Some early yoga practices were no longer viable. For example, men couldn’t practice sitting with their pelvic floor on their ankle for hours at a time until they were impotent if they were also householders, expected to procreate. Staying injury-free became a concern for yogis on this path and their yoga practices changed accordingly. The practice of yoga changed even more dramatically once it arrived in the West thanks to disciples of Krishnamacharya, including B.K.S. Iyengar, Pattabhi Jois, Indra Devi, and T.K.V. Desikachar. Among the many paths of yoga, the focus of Krishnamacharya and these disciples was on Hatha Yoga, which most often appealed to the western seeker’s lifestyle, focused on work, family, and community.

Today, injury-prevention should be the first goal of yoga teachers in the West. However, given that yoga has always evolved to meet the needs of its practitioners, we as yogis should be open to change and allow for a more inclusive and broader understanding of yoga, rather than perceiving only “[…] the mess that’s been made of yoga in the past few years” and “[…] an astonishing decline in the quality of classes over the past twenty years,” as Brown suggests.

Although the goal of preventing injury should be primary for us as yoga teachers, it shouldn’t be used to spread fear and automatically devalue the “typical flow-based yoga class” in which, according to Brown:

“[…] there is little or no instruction, often led by a teacher with a great personality who plays uplifting music.
Not only is the event in no way representative of the vastly positive potential of yoga,
it’s an embarrassing charade that looks kind of like something called yoga
that one saw in a book once or twice.”

I and countless other yogis have been transformed by a sweaty, challenging, flow-based practice taught by a charismatic teacher playing an upbeat soundtrack, much more so than very detailed, alignment-based asana classes or even more traditional practices of pranayama, mudra, and nadi-cleansing. I have taken many Iyengar yoga classes, participated in long weekends of advanced pranayama and meditation, swallowed a dhauti cloth, and practiced Sutra Neti. Ultimately, fast-moving, power vinyasa classes were far more transformational for me, but not because they were “feeding into the neurosis of our culture: to get to the next thing” as Brown surmises. When I wandered onto a yoga mat years ago, I brought my anxiety-prone, fear-based, strongly-attached personality with me. I needed a sweaty, fast-moving yoga practice to let go of the person I thought I was and should be. I needed challenging postures and quick transitions to move beyond fear so that my actions off my yoga mat aligned with my swadharma. Given the dramatic transformation that I and so many yogis have experienced through this kind of practice and the fact that the practice of yoga has changed so dramatically since its earliest beginnings, who has the right to call this kind of yoga practice an “embarrassing charade” that isn’t really yoga? 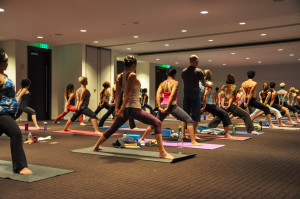 No one yogi or group of yogis is the “keeper of the flame.”

There is a pervasive idea in yoga that only one person or way of practice can truly reflect the essence of what yoga is. Given that the yoga almost all of us practice and teach in the West bears little resemblance to yoga as it was originally practiced thousands or even a few hundred years ago, why is the yoga that Brown derides as “an embarrassing charade that kind of looks like something called yoga” not a valid form of practice, but the one that he was taught and teaches is?

If the students who attend a yoga class taught by a teacher with a great personality playing fun music get something out of the class that helps them feel a sense of physical, mental and spiritual freedom and allows them to be better friends, spouses, family members, and community members, who is anyone to say that practice isn’t yoga?  How can we say that yoga is only yoga if it meets a narrow definition that is already a radical departure from the original one thousands of years ago?

The important goal of injury prevention should be understood and put in perspective,
not used to cultivate fear and devalue the work of other yoga teachers.

Although injury prevention should be the first goal of western hatha yoga teachers, let’s put the supposed rising tide of yoga-related injuries in perspective. According to the U.S. Products and Safety Commission, there were 7,369 yoga-related injuries treated in doctors’ offices, clinics, and emergency rooms in 2010 compared to 5,500 yoga-related injuries treated in these same settings in 2007. Although this suggests an approximate 33 percent increase in injuries during this period, the number of people practicing yoga has increased from about 15 million in 2008 to about 20 million in 2012, or also about 33 percent according to a survey undertaken by Yoga Journal through Sports Marketing Surveys USA. On a per-capita basis, the data don’t indicate a rising tide in yoga-related injuries, but rather a very flat trend of injuries among less than 0.04% of yogis the United States. The data don’t indicate that Yoga Alliance and the changes in the practice of yoga in America are “ruining” anything.

We can trust the process of the yoga journey.

We should always have high professional standards to ensure the competence of yoga teachers and mitigate injuries among our students. Injury-prevention should be our first goal. However, yoga is a journey, often with stops and starts along the way. We should trust our students to listen to their bodies and inner wisdom to find the yoga practice, class, and teacher that is right for them, their needs, and their circumstances instead of promoting anxiety and fear in the yoga community. If a student isn’t getting what s/he needs from a class or teacher, part of the journey is finding another class or teacher. Let’s trust our students on their yoga path, broaden our perspective about what yoga “is” and “isn’t,” and recognize that yoga has and will continue to change, just as it has and will continue to transform us. 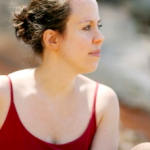 Melissa teaches and practices yoga in Atlanta, Georgia. She is the Co-Director of the Southeast Yoga Conference, which will be held for its eighth year on October 3rd through 5th, 2014.

3 Responses to “Yoga Today… My 2 Cents, By Melissa Katz”