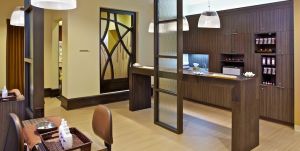 One Response to “Exhale Spa – Why It’s Worth It”