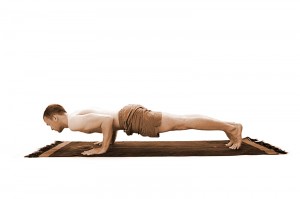 Fact: Since starting Atlanta Yoga Scene, I’ve been invited to more 108 sun salutation events than any other type of event.

Fact: I always felt too weak to go. Chaturangas are NOT my strength.

Fact: On Sunday, September 25, I officially completed the challenge, to the benefit of Yoga Recess as part of National Yoga Month’s Global Mala.

National Yoga Month’s Global Mala for Peace was a weekend of yogis around the country and world doing 108 sun salutations. Not all together like Salutation Nation, but rather groups of people who assembled to give their sun salutations in service to an organization that inspires peace.

I’ve always been terrified of this challenge. 108 sun salutations is somewhat akin to running a yoga marathon. It’s a feat of mind, body and breath, and you go into it knowing that it’s going to be very hard and you’re going to be sore afterward. Just as I’ve run a lot of 10K’s without ever having much confidence that I could stick it out through a marathon, so I felt about the dreaded 108 sun salutations. I’m not sure what particularly inspired me to go this time, but I mustered up the courage to go after the gentle nudging of both Meryl Bryant and Octavia Raheem of Atlanta Hot Yoga, the ladies hosting the event. 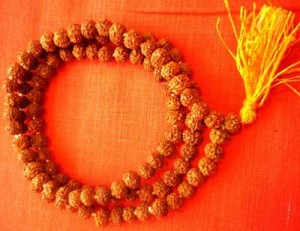 There’s so much mystery around 108 sun salutations. The natural first question is, “why 108?” When we could just as easily do 100, what’s the deal with pushing to 8 more? It turns out that the number 108 has a variety of spirtual, historical, scientific, mathematical, and symbolic meanings (check here for more details on their meanings), none of which is so definitively embody the sun salutation practice as the fact that there are 108 beads on a Tibetan mala (the Tibetan rosary). My favorite interpretation is this number is:

1=Yourself, your singular nature
0=Emptiness of the mind (inside the circle) or completeness of the practice (the circular line)
8=Infinity/Eternity

After sufficiently committing myself to the practice of 108 sun salutations, I was really more curious than nervous. Would we do a whole bunch of suryanamaskar A? B? C? A mix of the above? All at the same time? Broken up into chunks? Would I survive??

I rolled out my mat and learned that we were breaking up the 108 suryanamaskar A’s into 4 sets of 27, dedicating each set to a different intention. We dedicated the first set to ourselves and an intention personal to our life; the next to our relationships, good and bad. We dedicated the third to our world and bringing about peace in any way we can and, lastly, the final set to the divine entity in whom we place our faith, trust or hope.

Each set took on its own character physically and spiritually, but the most powerful impact of it was the emphasis on the “whole.” Each and every person had their own unique way of doing a sun salutation, their own phsyical struggle, their own intentions, their own relationships, their own concerns about the world, their own divine being, but throughout it all, we were breathing and moving as a whole.

The physical was, as anticipated, very hard for me. I got rather nauseuous around the third set, and had to sit during our meditative break.  However, the group as a whole brought me through. The energy of everyone striving toward one goal and the collective support of breath was more than I anticipated . It lifted me up. It empowered me with the feeling that I could do anything I set my mind to. And I could never put it into words.

I would encourage everyone to try 108 sun salutations, and when you do, live each breath!