I recently watched the Krishna Das (KD) documentary.  If you don’t know who Krishna Das is I suggest that you Google him and check out some of his music.  I am also willing to bet that if you have spent any time in a studio then you have heard a handful of his songs.

I was moved listening to him speak about his demons and the process he has gone through to move past those challenges.  One of the things that stood out to me in the documentary was how KD stayed the course, he remained true to himself regardless of what others thought or his own insecurities.  This does not mean that he always had a firm grasp on who he was or the direction he was heading.  He stayed true by listening to his inner self and that little compass that each of us has.  I can relate with this feeling a great deal.  There have been many times in my life that I have turned down opportunities or walked away from something just because it did not sit well with me.  Each and every time I did this there was a sacrifice of some kind, a friend lost, a job and salary given up, or the relocation in my living situation.  Time has always proven that these decisions were the best thing for me and for those around me.

When KD began to chant here in the States there was no one listening.  After some time people began to show up in droves to take part in the worship he was offering.  KD did not start chanting because he wanted to gain some kind of popularity but rather he wanted clear the dark spaces of his heart and move past attributes of himself that were holding him back from truly living in peace.  As he gained in popularity and “rock star” status the desires for fame, fortune, and sex come flooding back in for him.  He decided to that he would take a break from what he was doing and go back to India.  This break was intended to process these desires and determine if he could continue to chant.  He knew that chanting with these desires in is heart was not the way that he wanted to do it, that it was not pure and true to who he was.

KD was able to do this during a meditation he had one day.  The metaphor he uses to describe this process is a wave crashing on the shore.  As a wave forms it gets larger and larger until it crashes on land, disappearing by receding back into the ocean.  The wave does not get proud or boastful as it gets larger and more powerful.  It simply forms with no ego and no attachment to the process.  KD related this to his life by drawing a conclusion that as he was gaining in popularity and demand he was just forming and heading in the same direction as everybody else, death. 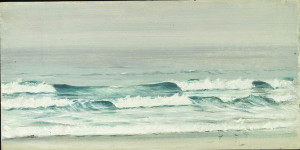 I take this metaphor a step further by stating that when a wave crashes on the shore it leaves a mark.  This mark is sometimes small and sometimes it is large.  You see where I am going with this.  This is our life.  We form by gaining consciousness, wisdom, and applying those things to our life.  Ultimately was pass on by crashing onto the landscape of our life.  This landscape includes the people around us, those we leave behind.  Having a proud heart or being consumed by other earthly desires does not change the fact that we all crash and will dissipate back to the universe.  The attachment to these desires drives our lives and ultimately leaves us with nothing when we crash into the shore.  The mark we leave on others is the legacy that we have developed during our time here on earth.  It is accomplished and magnified by practicing humility through non-attachment.

“The consciousness of self-mastery in one who is free from craving for objects seen or heard about is non-attachment.”

Satchidananda goes on in his commentary to state that “our desirous mind dilutes us and we become ignorant.”  It is only through giving these desires up and renouncing worldly desires that we are able to wholly experience peace.  There is a reason that we often say “Om, Shanti, Shanti, Shanti, Om , Peace, Peace. Peace.”  Peace is the highest attribute to possess in our lives. 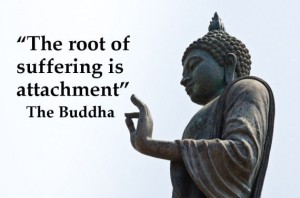 We often see glimpses of peace but in order to truly know it and live it we must practice non-attachment.  This does not mean that I am recommending that we all shed ourselves of comforts and go live in a cave somewhere.  Rather, determine if an object or desire is good and fitting for us.  Just reacting and taking hold of an object of desire is not practicing non-attachment or mindfulness.

My home practice enables me to keep this in check most of the time as well as surrounding myself with people who give me feedback from a loving and non-judgmental place.  These two parts of my life bring awareness thus enabling me to practice non-attachment.  I can observe attachment rising up in my life in the form of pride and insecurities. I challenge you to meditate on this principle today, then observe what actually benefits you and what is just attachment. 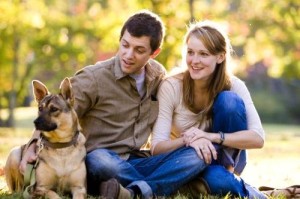 4 Responses to “The Practice of Non-Attachment. By Matt Porter”