[This is the second installment of a two part series. Click here to see Part I!] 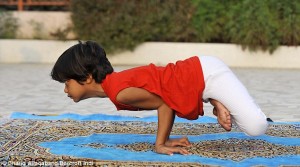 Many thanks to the nearly 100 of you who took time to respond to this! Your input is both helpful for the post and encouraging to me–that perhaps this little project is something you’re interested in too.

Enough gushing, onto the results. For starters, the survey covered yoga students from their twenties to their sixties, spanning most all yogic traditions and levels of engagement in their practice, with the average person being between 30-4o years old and having practiced for 7.2 years.

Clearly, this is a rather sweeping generalization, but I couldn’t pack too much into the survey (Free Survey Monkey surveys only allow 10 questions!), and this is no academic paper or anything. 😉

The first thing I found that I wasn’t too surprised by is that nearly everyone in the old school of yoga is fervently committed to one tradition of yoga. It varies from True Yoga to Anusara to Pranakriya, but whatever it is, they do that exclusively. People in the new school go both ways on this one. Some have already committed to a style, but others feel free to try anything and everything that calls to them. Humorously, but not unexpectedly, most everyone who quoted Hot, Vinyasa and Ashtanga as their selected style were under 30 (although there were a definitely brave souls in the 30-40 year old category)!

Almost all old school yogis are very connected to yogic traditions while new school yogis waver. Yogic traditions were cited as enlightening a physical practice, and although people responded that it’s good to give perspective to lineage, that applying concepts are better than trying to adopt complete Hindu or Buddhists beliefs into their practice. A really honest and representative quote from a new school yogi (of only one year!) said, “I think that yogic tradition is very important because tradition and history have made yoga what it is– it’s not just an exercise class– but I am still barely scratching the surface of it, so I incorporate what I know.”

Old school yogis are virtually the only respondents to follow an Ayurvedic diet, and were more likely to report, though not always, that they follow some sort of dietary restrictions around meat or alcohol. New school yogis fall into all camps on this issue, most admitting that doing yoga has changed the way they eat, some in more serious direction than others. A common comment to this was that some people eat more mindfully, with one old school yogi having said, “I’m more conscious of what I eat and the motivations behind my food and drink choices. It’s not about “good” and “bad” as much as the energetic process at play.”

As far as meditation, most all of you (87%) said it was important to your practice. I even got a quote from that said, “I wish I could practice more meditation than most classes allow” from a new school yogi with only three years of practice. Take note teachers!

The above things, I pretty much expected to see. What I was really surprised by was that reasons people do yoga vary so widely, that it’s hard to draw a comparison. People from every age group, tradition, philosophy and “school” go to yoga for a reason all their own. Virtually all answer combinations were different for each yogi, choosing things from my survey like healthy exercise, meditation, connection between breath and body, socialization with like-minded people, achieving advanced poses and results of the practice (flexibility, strength, mental clarity, focus, etc.).

What was really great was that almost half of you put in your own reasons for practice, too! An old school yogi said it was the time they had to themselves that was their reason for practice. A new school yogi uses it as a tool to battle an alcohol addiction. Another new school yogi said they practice yoga, “to teach how to live with skill and grace, to handle all situations with integrity, to live it my heart and serve others fully.”

The one trend I really expected to see was that old school yogis would choose socialization with like minded people as a reason to practice, as they started when yoga was regarded with more skepticism. I thought that new school yogis would go for achieving more advanced poses and postures because they started yoga in a time where the physical and scientific benefits were being realized.

New school yogis (and generally younger yogis) are the ones who report wanting to go to yoga class for socialization with like-minded people, as if they’ve discovered something within themselves that they don’t feel they can’t express as easily with non-yoga people as they can with yoga people. I actually found that many more old school yogis are looking to explore more advanced poses! Perhaps there’s a role reversal going on, where the new school has used a physical practice to explore the spiritual and the old school has used the spiritual to explore the physical.

At the end of the day, there is no one right or wrong way. Some of the “new school” vs. “old school” may simply be a function of age and applying more deeply the concepts you already know to be part of a life-long yoga practice. New school yogis, take note of what the old school yogis care about–you may be one of them someday! Old school yogis, pass on your wisdom but allow yourself to be refreshed and challenged by new ideas.

And above all, don’t be segregated. Just because I pointed out the differences between us doesn’t mean you should organize yourselves along these lines, or try to find teachers and studios that are on a side. Rather, try something new!

Do you agree with me? Think this is ludicrous? Have your own opinions? Let me know in the comments section 🙂