I am mentally Ill person. It’s hard for me to say that because the term “mentally ill” denotes images of drooling crazies, banging their heads against an asylum wall. And although I drool (in my sleep) and sometimes feel like banging my head against the wall, that’s not me. In our society there is a stigma against people with any sort of mental illness, while it’s getting better and more and more people are starting to realize that we’re all a little crazy- some just more than most, the stigma is still there.

I am bipolar, which means that sometimes I get extreme. For me, the illness was debilitating. Bipolar disorder generally gets diagnosed in the late teens early twenties. As if early adulthood isn’t tumultuous enough, I had this disease (because that’s what it is- a DISEASE) to deal with on top of the regular shittiness of growing up. Overwhelmed by emotion and feeling out of control of my own mind, I tried what many bipolar people try, suicide. Thankfully, I was found and hospitalized in a mental health facility.

Then came the hard part, the endless search for the perfect drug cocktail. Finding what works for you, pharmaceutically, is a crapshoot. You try different drugs, in different dosages, and in different combinations until you find one that does the least damage while still treating the disease. Let me make this incredibly clear, even when you are on a drug that works for you, you still have episodes. They are fewer, and less frequent but they still exist. No one pill “cures” you, you will never be cured no matter how hard you try, how often you see a shrink, or how good you are about your medication. If you are bipolar, you always will be. 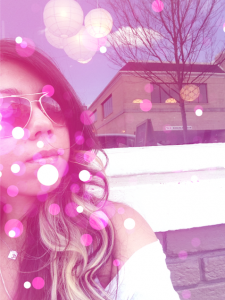 After what felt like years, I found a cocktail that worked for me. I was still having episodes but life wasn’t nearly as bad as I knew it could be- I was dealing with it. I had my pills to treat the day to day and when things got really bad, I had a special pill to knock me out. Things were as good as I thought they could get. Then along came life and my circumstances changed. I became one of the many uninsured people in the country. I was so terrified of what would happen next, without my pills would “crazy” me come back? Would I be a slave to my illness, would I become a burden to my loved ones again? What would I do?

Thankfully, none of that happened for long. Yoga found me when I needed it the most. It made me aware of my actions, my patterns, my story. It helped me feel good. Yoga helped me exercise my body while bringing me into myself and therefore into my mind. Yoga keeps me strong mentally and physically. Once you gain this awareness you start to notice stuff. “Hmm, when I eat McDonalds it affects my mood negatively and when I eat healthy it affects my mood positively”. “When I make time for myself to practice yoga, I feel more able to handle stress, in fact, I feel like I am less stressed.” Yoga gives you tools to handle life, what you do on the mat has a purpose. You learn to not be so reactive; you learn your triggers, you learn about yourself- the good and the bad and then, you learn to accept both.

Did yoga cure my bipolar disorder? No, but neither will pills. Do I still have episodes? Yes, but I had them on medication, too. I am more in tune with my body and my mind. Am I saying to throw your medication down the drain and treat your illnesses with magic and rainbows? NO. What I am saying is that yoga can help. Right now I have insurance but choose to treat my bipolar with meditation, yoga, healthy eating, light therapy and self-study. At this point in my life this works for me. I am in no way saying that one day I won’t take medication, I may have to go that route one day. If that happens, then I will still use the tools I have cultivated to aid in the battle. In a country where we are given a pill for every ailment and a culture where we treat symptoms instead of problems, I choose to go to the root. I choose to fight the battle from the beginning. At the same time I honor the choices others have to make in their battle. Medication is absolutely necessary for some people, it is not for me and I am thankful. To those of you fighting, know that there is no wrong or right path, only the path you choose for yourself. Bon Voyage. 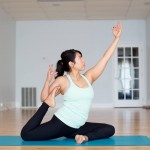 Yoga found Tati the way it finds a lot of people these days, she was in search of a good workout. Being completely un-athletic, incredibly clumsy, and lacking in basic hand eye coordination her options were limited.  She started practicing yoga and quickly it started to change her life. Her body got stronger, her moods got lighter and her patience got greater.  Eventually after a dedicated practice and a burning curiosity she made the decision to enroll in a teacher training. She knew there had to be more to yoga than asana- she knew because she had gotten a taste from the wonderful teachers that she had taken from. With no intention of teaching, so began her eight limb path. Halfway through her training it became clear that teaching would be her calling.  There was so much to learn and so much to share with the world. How could she not teach?  She graduated from Be Yoga’s 200 hour teacher training program in May of 2014.
These days she can be found teaching, practicing anywhere she can lay her mat, and making healthy, delicious smoothies and juices in her shop, UpDog Smoothies & Juices.  She can be found sitting in sunbeams, rolling in the grass, and twirling on windy days.  She can be found eating way too much Mexican food, playing with her pups or generally annoying her husband.  You can find her sharing her knowledge, learning from others, and trying to love everyone – even the people who stop before they turn left when the light is CLEARLY green, yes even those people. So if you see her and think, man it would be fun to twirl around, join her! She loves the company. www.tatigoesom.com

13 Responses to “I Am Bipolar, by Tatiana Cicchelli”