I’m not sure if I’ve ever really considered myself a “yogini,” per se. Yes, I practice yoga regularly, and I have ever since that first Hot Yoga class in 2012 – you know the one I’m talking about, the one that truly kicks your ass like never before. However, when you’re lying in Savasana, everything about that first practice comes into focus and your body thanks you for all of the love you’ve just expressed; your mind becomes alive like never before, and you feel completely whole.

Since that first class, I couldn’t get enough of Hot Yoga. I practiced as often as I could get to the studio and on my mat. I sometimes practiced 5 or 6 times per week, and moved into more challenging Power classes, where I could try more advanced poses. My practice was fun, and I enjoyed trying the dynamic poses offered in the Power classes as opposed to the static poses in the Hot Yoga classes. But, like many people, my life became very hectic and maintaining a regular practice took the back-burner as I struggled to put everything into perspective. Soon, I was only practicing a couple of times every week, which many people will say is still enough. 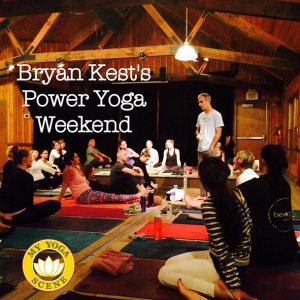 I experienced a wonderful revitalization this past February when I attended my first ever yoga workshop – something I’ve always wanted to experience but I was never able to fit it into my schedule or my budget. I was lucky enough to attend one night of the MYS Bryan Kest Workshop and learn from the man who invented Power Yoga. I learned so many different elements of both my practice and myself, though the main point I took away from the experience was: “It doesn’t matter what everyone else is doing. It doesn’t matter where they are in their practice. The only thing that matters during your practice is what’s going on on your mat and what you feel in your body.”

Throughout my years of practice, I’ve started to notice several things both on and off the mat. First is that I’m incredibly judgmental, both of myself and of others (which is rather terrible to admit). Once I started to notice that judgment, I started to breathe through it, accept it, and work to remove it from my practice – sometimes it’s still a struggle, though I’ve learned the value of either focusing only on my eyes in the mirror or practicing in a room without a mirror and feeling my body in the pose. Bryan’s words cemented the importance of self-focus and reflection during each practice. 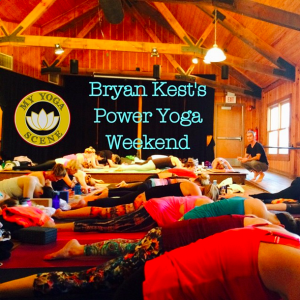 The third thing I noticed (though this kind of piggybacks on the first) is that I was struggling in so many poses because I was actively competing with the other yogis and yoginis in the studio with me. I couldn’t – and still can’t – figure out why I thought yoga was a competition, and that whoever could put their foot behind their head or whoever had the best arm balance was the true yogi and he or she was winning at life because they were the best in their yoga class. Bryan’s words for this (ridiculous) yoga competition: “Yoga isn’t a competition. It doesn’t matter who can put their foot behind their head or who has the loosest hamstrings – did anyone ever win anything for having the loosest f***ing hamstrings? No. Life isn’t about whose hamstrings are the loosest and neither is yoga. Yoga is about what you feel in your body, and if you feel it, you’re doing yoga.”

All of these revelations in just one night! Listening to Bryan speak was a true gift, and one that I’m forever grateful to have received. Practicing with him that night was a challenge (and I must admit, I was terrified just thinking, “Oh s*** I’m going into a Power Yoga workshop! I’m going to die!”), but it was a welcome challenge and not one that I regret – even for a second – participating in. Learning everything he taught us that night – and it’s probably only a sliver of his wisdom and knowledge – was such an incredible, yoga- and life-altering experience: his words and his knowledge showed me that yoga is completely a personal practice, and it is what you make of it. If you’re injured, go lightly; if you’re grieving or dealing with personal trauma, slowly test your limits; if you’re strong, challenge yourself; wherever you are, yoga is accessible and yoga is welcoming.

I left the workshop that night with many new ideas about yoga and myself, and I’m so excited about the 2015 MYS Bryan Kest Power Yoga Workshop. I’ve been practicing Bryan’s Power Yoga via YouTube since attending his workshop in February, and I’m really looking forward to learning more from him during the next workshop. If you’ve never experienced a yoga workshop, if you’re open to a non-traditional yoga workshop, or if you want to take your practice to a new level, Bryan Kest’s workshops are the perfect place to experience a new level of yoga. 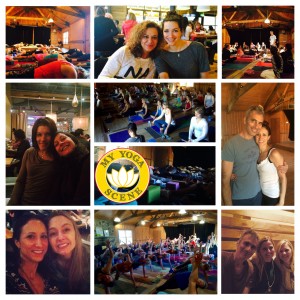 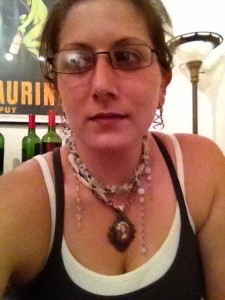